If you were getting ready for battle and may only bring three weapons, which would they be? Ancient Scottish warriors could have brought a Claymore because of their primary weapon as well as a Scottish Dirk with matching Sgian Dubh for his or her backup.

Claymore swords had blades that were notoriously large and double-edged. These swords were basically like customized Scottish Hand And A Half Swords for time to look at both styles.

This type of blade configuration was great for making different styles of cuts while also permitting excellent defense. 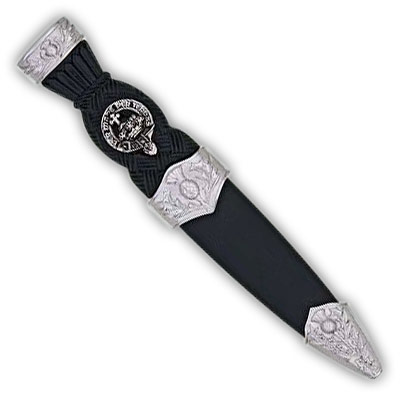 The Scottish Dirk established fact for its SHARP "dagger-like" point which was ground with a very thin edge. These knives go along with either a double or single edge construction. Double edged Scottish Dirks allow you to have lots of cutting power, but they're also twice as dangerous so buy these carefully!

In case two swords aren't enough, the Sgian Dubh provides quite a wonderful backup to the Claymore and Scottish Dirk. As the Claymore was usually carried in the warrior's hand, and also the Dirk was worn on the belt, the Sgian Dubh is sufficiently little to slot in a sock or pocket! This "knife" is formed the same as the Scottish Dirk and it has an extremely sharp point.

Many knife companies today have knives designed following your legendary Sgian Dubh, and they're constantly growing in popularity.

Beware though; Sgian Dubhs were traditionally designed to be "daggers". Some states have laws specifically which makes it illegal to carry daggers.

So what will a Scottish Claymore seem like? You can notice these swords in a crowd because of their long, straight blades having a double edge. Scottish Claymores can also get a cross guard have a tendency to intersects using the blade and is also either totally straight, or slightly angled.